TL;DR: I'm Danni, I like EXO, BTS, and NCT, which means I'm the worst type of person imagineable.

I spend most of my online life fangirling over EXO, BTS, and NCT. I started with kpop in 2012 going down a rabbit hole of Big Bang (bias GD) => SHINee (bias Jonghyun) == Infinite (bias Woohyun) => finally landing on EXO in 2013. I keep up with kpop as a whole, but keep up with everything for EXO and NCT. Or at least try to.

EXO: I legit got into EXO because I was bored. I was so bored in the summer of 2013 when Wolf was about to come out that, while keeping up with kpop as a whole, I fell into EXO. I was very active on the online community Exochocolate (rip) and was probably at my peak fangirling and kpop investment 2013-2014. During that time, I found my ultimate bias Baekhyun. Baekhyun is my everything. His personality, his talent, his drive, and his desire just to make people happy is so inspiring to me. The moment I ascended into heaven was seeing Baekhyun's Singin In The Rain in Seoul. 3 times. EXO weren't my first kpop group, but they are my ride or die. I support and will always support all current members of EXO (read: ot9), but I respect people no matter if they're ot12 or ot8.

BTS: Ok this was kind of a bandwagon thing. I had seen BTS on my twitter feeds since predebut, but they were always too young for me. Their performance and style never drew me in. Until Blood, Sweat, and Tears. Man, that song is amazing. I have an affinity for Jungkook and Taehyung. I don't mind the other members, but I just don't care as much. I don't care for BTS's fandom, and I will never call myself an Army, so I don't keep up with them much. However I get wrapped in the hype whenever they're in LA. I've had the pleasure of seeing them ~4 times in LA, and let's just say Jungkook is the most beautiful person I've ever seen in person. There's a reason for that boy's hype.

NCT: I got into NCT in only late 2017 - early 2018. I've been familiar with them (SMRookies and SMTown waddup; I legit said that Ten was gonna be my bias when I saw my first SMRookies videos. Look how that turned out...) I realized late 2017 that I loved their music since 127's debut and decided to go down the rabbit hole. Now I love OT18+. NCT is fun, I love their awkward dynamics, and they're given great music. I prefer 127 and Boss units over others, but recognize that Dream is the group that everyone should love. SM's reaction to the BTS wave is great and everyone should love NCT /thread

Here are bias lists, in case you're curious (please note that they vary by day, but top 1-3 are pretty consistent): 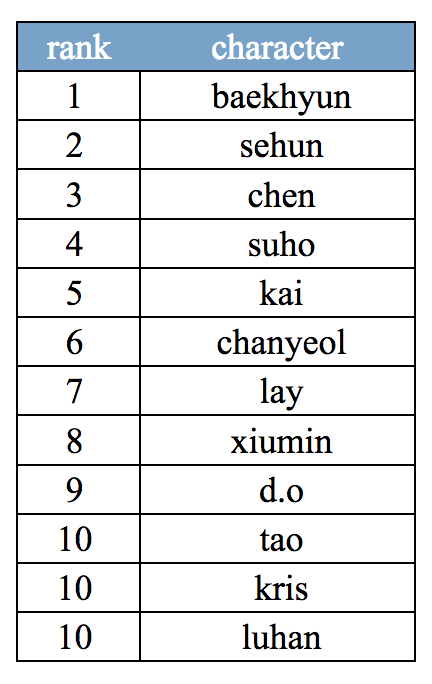 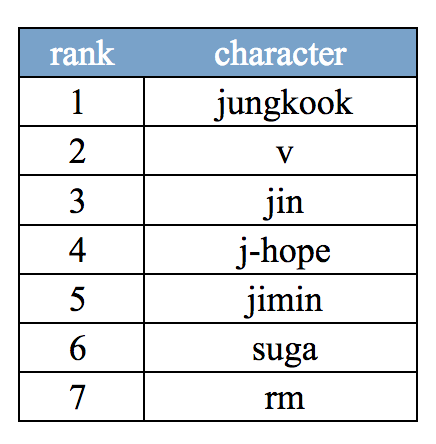 Catch me on the following games! I play daily.


Outside of Fangirl Life

I work a full time 9 to 5. I work out almost every weekday working on powerlifts (wannabe powerlifter with +600lb total). I also really like EDM and the EDM scene, and I go to a lot of massives in the SoCal area and EDC. One day I'd love to get a Disneyland annual pass, since I had one when I was younger but can't commit that time and money currently :(

If you'd like to chat about any of the above, hit me up! I love talking to people about hobbies.